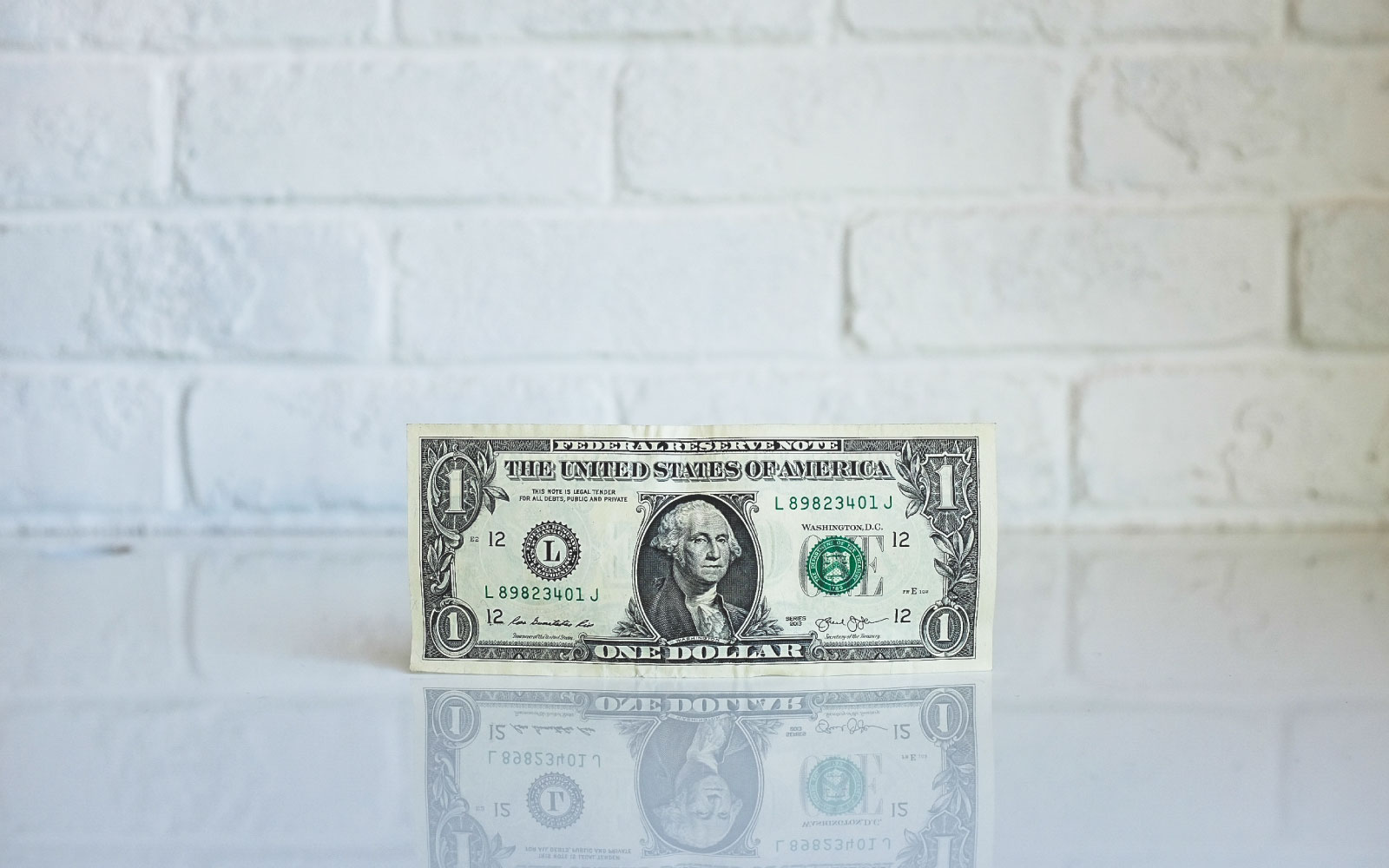 If you’re like most people, your biggest fear about retirement is running out of money.

I have worked with people who are just barely able to retire and those who will never touch their money and could never run out, but almost all of them worry about running out of money and being dependent on someone else in retirement.

The problem is, there are so many different things to consider in retirement that can affect whether you run out of money, from withdrawal rates, to how your money is invested to when you withdraw it and more!

To make matters worse, people are constantly being bombarded by “advice” that may be flawed or not in their best interest, whether that’s coming from a co-worker or simply someone trying to earn a commission off you by selling you an annuity or loaded mutual fund.

The good news is I’m going to help you on your quest and show you some of the mistakes people make that can dramatically affect their ability to maintain their standard of living, and tell you how to avoid them.

#1 – Probably the most obvious and common mistake people make when retiring is to take too large of a distribution from their investments.

It doesn’t matter how much you have saved up in terms of dollars, it’s all about percentage withdrawals. I have met people with $300,000 saved for retirement who had saved more than enough. In contrast, I have met those with $5,000,000 saved up who spent all their money in just a few short years.

On a million dollar portfolio, that is the difference between $30,000 and $50,000 per year if you delay your retirement from the late 50’s to the late 60’s. That’s without your portfolio growing in the meantime.

#2 – The second thing that can really damage your ability to live well in retirement is paying too much for your investments.

In my opinion, you should not be paying more than 1.5% annually including investment advice and hidden fees and costs. If you are, I don’t believe you are getting a good value. Some investments we come across such as loaded mutual funds and annuities can carry up front commissions of 5-10% or more! That’s money that’s not staying in your pocket and will affect your bottom line! One extremely important thing to look at is the internal annual expense you pay. Some of the “sexier” investment products carry annual expenses of 2-3% and that’s not counting the advisory fee. It’s not uncommon for us to see a portfolio with a 2.5% to 3.5% annual expense.

To show you a quick example, the difference between a portfolio that grosses 8% per year with a 1.5% annual expense and one with a 3.5% annual expense over 30 years is significant. On $500,000, assuming no taxes or other costs, the lower expense portfolio will turn into about $3,300,000 whereas the higher expense portfolio will only turn into about $1,870,000. You can obviously see how that would affect your ability to withdraw money for yourself!

Now we’re going to move to more subtle things that can dramatically affect your ability to outlast your money in retirement. Everyone knows that you can’t be too aggressive in retirement because your timeline for withdrawals is short and you won’t have time to recover from a big downturn.

Many people think they need to be extremely conservative in retirement. Unfortunately, in today’s low-interest rate environment, being too conservative can be a death sentence to your portfolio. In a day and age where the banks pay practically nothing and a 10-year treasury bond will likely earn less than inflation, you can’t simply put your money in safe investments and live off the interest like you could in the good old days.

Those withdrawal rates I mentioned before do not work with a portfolio that will only earn 1-3% as in the case of most fixed index annuities or bond portfolios.

In order to be able to take a reasonable withdrawal, you must have a portfolio somewhere between aggressive and conservative, using many asset classes, from stocks to bonds etc. There is much science behind how you properly allocate a portfolio, and it can be complicated. Thankfully, there are many strategies and models that can work, but that is too complicated for this article.

What I can tell you definitively is that a portfolio that consists of entirely “conservative” stocks is not a safe portfolio. Too often I see people who think they have a safe portfolio because it is entirely made up of “blue chip stocks.” Keep in mind the S+P 500, a portfolio made up of the largest, best-known companies in the United States, lost almost 60% in the financial crisis. In order to avoid that happening to you next time, you must have different asset classes than just stocks.

“Set it and forget it” is great for a cooker, but not for your portfolio!

If you have not actively rebalanced your portfolio over the last couple of years, the risk you are taking has dramatically changed.

For example, a portfolio that was half stocks and half bonds that started at the bottom of the financial crisis, in 2017, less than 10 years later, is likely close to a 75% stock portfolio if you haven’t changed it. That is the difference between a portfolio that is on the safe side of moderate and one that’s well into the aggressive range.

Very few people can afford or even stomach that kind of risk in retirement. We recommend checking your portfolio at least quarterly to make sure it stays within the level of risk you are willing to take. In the long run, this will make it much less likely to run out of money.

#4 – The last and most subtle topic I want to cover today is the timing of withdrawals.

When you are contributing to your 401(k), you are doing something called dollar cost averaging. For example, let’s take 3 contributions of $100 over 3 months. Assume we put that money into a stock that is at $100 the first month, $50 the second month, and $100 the third month. You will have bought 1 share the first month, 2 shares the second month, and 1 share the third for a total of 4 shares. Even though the stock has not appreciated from the time you started, you are up almost 34%.

That is because you have invested $300, and now have 4 shares worth $400. This is the power of dollar cost averaging.

Unfortunately, when you are spending your money, you are dollar cost averaging in reverse. If you take the same example we just used but instead of depositing money, you are withdrawing it, you will see that in order to spend $300, you had to sell $400 of stock! The inherent volatility of the stock market makes taking money out of a stock portfolio dangerous and inefficient because you cannot be certain it is the right time to withdraw the money.

There are strategies to avoid this, but the simplest is having enough money in conservative investments to allow your stocks to recover without having to sell them at a bad time.

If you make sure you avoid these pitfalls, you will be well on your way to making sure you don’t outlive your retirement and you can put a retiree’s biggest fear to rest!

One key final point I want to make about investing.

If you are doing it on your own, make sure you research from different angles and from different sources. There is tons of good advice out there, but not all of it is appropriate for you.

If you are considering hiring someone to help you on your journey, make sure that firm has your best interest at heart. You can do this by choosing someone who is a fiduciary and not just out to generate a commission.

For more on this and other traps to avoid, check out our webinar here.

Copyright © 2018 · Please remember that past performance may not be indicative of future results. Different types of investments involve varying degrees of risk, and there can be no assurance that the future performance of any specific investment, investment strategy, or product (including the investments and/or investment strategies recommended or undertaken by Ironwood Financial, LLC), or any non-investment related content, made reference to directly or indirectly in this newsletter will be profitable, equal any corresponding indicated historical performance level(s), be suitable for your portfolio or individual situation, or prove successful. Due to various factors, including changing market conditions and/or applicable laws, the content may no longer be reflective of current opinions or positions. Moreover, you should not assume that any discussion or information contained in this newsletter serves as the receipt of, or as a substitute for, personalized investment advice from Ironwood Financial, LLC. To the extent that a reader has any questions regarding the applicability of any specific issue discussed above to his/her individual situation, he/she is encouraged to consult with the professional advisor of his/her choosing. Ironwood Financial, LLC is neither a law firm nor a certified public accounting firm and no portion of the newsletter content should be construed as legal or accounting advice. If you are a Ironwood Financial, LLC client, please remember to contact Ironwood Financial, LLC, in writing, if there are any changes in your personal/financial situation or investment objectives for the purpose of reviewing/evaluating/revising our previous recommendations and/or services. A copy of the Ironwood Financial, LLC’s current written disclosure statement discussing our advisory services and fees is available upon request.